Blue light may be harming your skin: here is why

Scientists and dermatologists have found that blue light also impacts your skin just as it does your vision and sleep schedule.

Technology has made it possible to get a lot more done in a smaller amount of time than ever possible in the past, but it also comes with drawbacks such as health problems and stressors caused from constantly being logged in. In recent years, products like blue light glasses and screen protectors to minimize blue light waves have become popular among people that have to look at screens for long periods of time—either for their jobs or because they’re on their phones for much of the day.

Blue light, which is one of the most damaging colors of visible light among all light waves visible to the naked eye (such as sunlight or light from a lamp), includes the light emitted from your screens and electronic devices. In some cases, blue light can be as damaging to your eyes as UV light—the light emitted by the sun that causes changes to your DNA—is to your skin.

Studies have linked blue light from electronic devices to changes in vision and other health problems such as its impact on sleeping patterns. It may be easy to fall into the habit of mindlessly scrolling social media right before bed, but the light emitted from electronic devices has been proven to cause problems with your natural circadian rhythm.

Blue light and your skin

More recently, scientists and dermatologists have found that blue light also impacts your skin just as it does your vision and sleep schedule. Blue light doesn’t have enough power to cause damage to your skin in the same way that UV light does—meaning that you probably won’t get cancer from staring at your phone or computer screen for too long—but it does have the ability to contribute to premature aging.

Studies show that blue light can negatively impact your skin in a variety of ways. On one hand, excessive exposure to camera flashes has been found to cause visible skin damage such as a greater presence of wrinkles or dark spots related to aging. In other ways, dermatologists and scientists have found that “exposure of human skin cells to light emitted from electronic devices, even for exposures as short as 1 hour, may cause reactive oxygen species (ROS) generation, apoptosis, and necrosis.

Research on how, exactly, blue light is affecting your skin is ongoing, meaning that we don’t have enough information and data to prove or know just how much blue light might be affecting our skin long-term. Regardless, the little bit of data that we do have shows sufficient evidence to prove that there is a connection. One study proved that blue light has the ability to stimulate the production of free radicals on the skin, which increases aging and oxidation of the cells to leave you with dingy, dull looking skin. Most of the studies showed that these results were seen more obviously in those with darker skin tones.

Naturally, the little bit of evidence to show that blue light affects our skin negatively was more than enough for the skin care industry to begin coming up with products to help combat the problem. Most people are onboard with using a sunscreen to block the effects of the sun’s light waves in order to prevent premature aging and skin damage, but other products are increasingly being released to promote protecting your skin against other types of light damage, particularly for people that find that they’re exposed to screens for hours on end.

Not every sunscreen is formulated to protect against all types of light wavelengths. Some sunscreens will only protect against UVA/UVB light, while others—particularly those that contain iron oxide—may help to cover against other types of light exposure, though evidence is still shaky to confirm whether or not blue light makes the cut.

Because blue light skin care is still so new, many dermatologists recommend looking for products that protect against pollution and other free radicals altogether. These are things with ingredients like Vitamin C and retinol, both of which help fight the signs of aging by combating free radicals that oxidize skin cells and create wrinkles. Products that help fight signs of aging will likely be effective in combating changes to your skin caused by exposure to blue light.

Other products, like those created to fight the negative effects of pollution on your skin, will also likely be effective in combating blue light after it’s exposed to your skin. Blue light is a known stressor, meaning it’s on the list of items that will cause skin damage alongside smoking, drinking, and not getting enough quality sleep at night. If your days are spent looking at a screen and your nights are spent tossing and turning, those stressors are going to culminate in the overall appearance of your skin over a long period of time.

Products with ingredients like niacinamide will also help combat the effects of blue light on your skin. Niacinamide is a topical version of vitamin B3 that helps combat acne and dingy looking skin by tightening pores and neutralizing free radicals. The ingredient also treats hyperpigmentation and neutralizes damage caused by other, more harsh forms of light like UV rays from the sun. Niacinamide is known to treat oxidative stress, a known result from the exposure to stressors like blue light exposure.

As more evidence surfaces to corroborate the claim that blue light negatively impacts our skin, opportunities for skin care products that combat the effects of the light are becoming more prevalent. Consumers are buying products to block blue light more and more in recent months, and experts suggest that the anti-blue light product market will become an entire industry in the coming years.

For skin care companies, blue light products will likely become more commonly seen on the shelves of beauty retailers and makeup stores around the world. Right now only a few products are specifically marketed for blue light protection, and beauty blogs are only just getting into the ways in which consumers should watch out for how blue light effects their skin after long-term exposure. Eventually, as more consumers pick up on these trends, the demand for blue light skin protective skin care products will mean that more products are warranted. 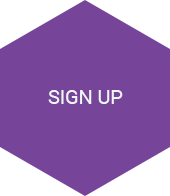